It’s not an ideal start for Southampton as they travelled back to the South Coast without a point. A brace from Ashley Barnes and an individual effort from Johann Berg Gudmundsson stole the headline for the home side. There were more negatives to take, alongside some positive notes that Ralph Hasenhüttl and his players could utilise during the season. Here, we will analyse what went wrong for The Saints in the match against Burnley.

Southampton lined up in a 5-2-2-1 formation with a back-line of Jannik Vestergaard, Jan Bednarek, and Jack Stephens. Yan Valery and Ryan Bertrand started as wing-backs and provided supports for Danny Ings and Nathan Redmond. As central midfielders, Oriol Romeu and James Ward-Prowse were tasked to match Burnley’s Ashley Westwood and Jack Cork. New signing Che Adams was responsible for providing the goals.

Burnley started the match in a 4-4-2 formation. James Tarkowski and Ben Mee continued to be Sean Dyche’s first choices as centre-backs. Erik Pieters and Matthew Lowton occupied the flanks with Dwight McNeil and Johann Berg Gudmundsson. Ashley Westwood and Jack Cork formed their central midfield connection while Ashley Barnes and Chris Wood linked up as strikers.

Similar to Hasenhüttl’s tactics last season, Southampton defended with a high and narrow defensive structure. The defenders have the licenses of being aggressive to the opposition’s player inside the middle third while staying away from fouls near their 16-yard box. This had pinned down Burnley’s attackers inside the first few minutes of the game.

With a narrow shape, they were able to create and overload centrally and win the ball back from Burnley’s midfielders. They also adapted the offside trap which required the players to be disciplined. In several occasions, Chris Wood and Ashley Barnes fell for the strategy and couldn’t make their way towards Angus Gunn’s goal.

At the other end of the pitch, the attackers pressed aggressively when Burnley tried to build attacks from their defenders. Southampton countered this using the movements from the three attackers. Each would be responsible for marking a Burnley defender while leaving the ball-carrier with little space to make a short pass. At times, Che Adams also put pressure on Nick Pope while he was receiving a back pass. This forced Burnley to change their method of building attacks in the second half.

When the ball was distributed to Saints’ final third, they would form a low block in front of the box. Two central midfielders were instructed to win second balls from duels and immediately start a counter-attack. If this option was not possible, then the defenders would step out of their position and close down Burnley’s ball-carrier.

Meanwhile, when in possession, Southampton tended to play out from the back. As Hasenhüttl usually requires his defenders to be comfortable with the ball at their feet, they positioned themselves near the halfway line. Vestergaard usually stayed close to the midfielders and acted as a link while Bednarek remained the deepest centre-back.

A three-man build-up had no troubles inside the first half as they have won numerical superiority over Burnley when the opposition pressed them. Also, it was capable of creating at least two passing triangles among the players, allowing ball circulation to occur more efficiently.

Burnley, on the other hand, had the tendency of regrouping their players into a 4-4-2 shape when they weren’t control of the possession. This allowed Saints players to push even higher and build attacks straight inside the opposition’s half. But this created a problem that they couldn’t deal with during the match.

With mainly all of their players retreating to their original position, Burnley were superior in numbers and managed to fill in most of the spaces. This left little option for Southampton’s attackers as they weren’t able to shift between channels or capitalising the wide spaces.

The first half ended without a goal for both sides. It was also a huge relief for The Saints as Stephens slipped and allowed Barnes to approach for the ball, who assisted Chris Wood’s denied attempt by VAR. Adams and Redmond also came close but luck wasn’t on their side. 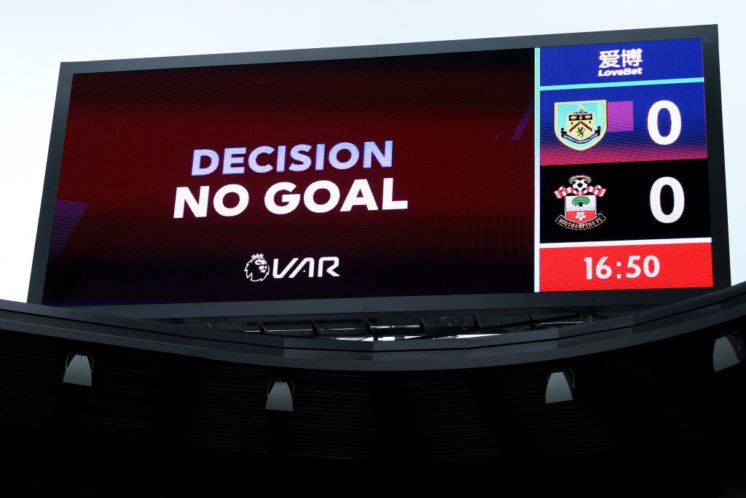 Contrast to what happened inside the first half, the second period was below-par for Southampton. In defence, they occasionally got into troubled when marking Burnley’s attackers. The defenders were focused on where the ball went and allowed Barnes and Wood to escape from their sights easily.

Another problem that they got into was leaving gaps between the defenders. When dealing with McNeil and Gudmundsson’s movements, they left their original position and created spaces for the strikers to move in. Knowing about these errors, Burnley constantly utilised it which eventually led to them having more attempts on goal.

While Barnes’ first goal came from a poor positioning situation from Vestergaard, the Austrian striker doubled his tally by capitalise on two of Southampton’s major errors. From Pieters’ cross, he positioned himself in an unmarked area which was supposed to be, again, Vestergaard’s. The only Southampton player that left Barnes in his sight was Bertrand while others were focused on the Dutch defender. A simple tap-in was enough to beat Gunn and made the score 2-0. 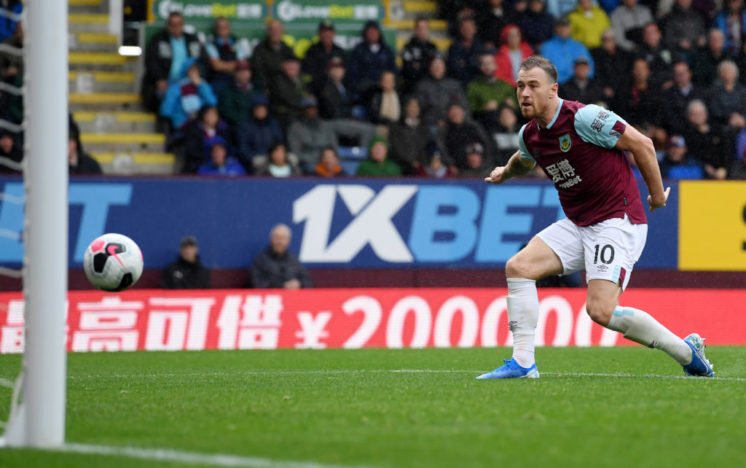 This forced Hasenhüttl to make changes to the side as he introduced Sofiane Boufal, Michael Obafemi and Pierre-Emile Højbjerg. While the trio hasn’t made their marks on the field, the third goal came from an individual effort by Gudmundsson. Bertrand’s positioning left the space behind him vulnerable and it was enough for the Iceland midfielder to make a run into the box.

As goals kept coming in for Burnley, Southampton started to play with urgency. They used more long balls into both flanks for Valery and Bertrand to overlap and put in a cross for Adams. Also, their passes were a bit direct but they kept misplaced it, which left the defenders unable to recover from their position.

Since Burnley’s defensive structure was narrowed and tight, they couldn’t make penetrative passes towards the final third. They were forced to circulate the ball outside of the area and took long shots to find a way into Pope’s goal. 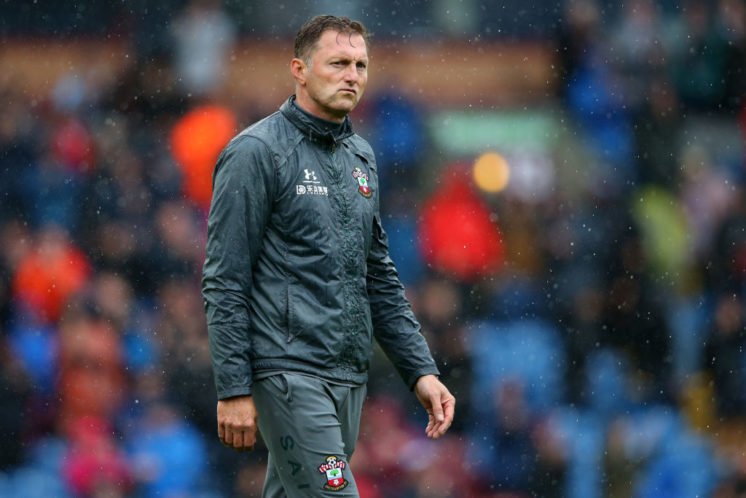 It seems that Hasenhüttl is still struggling with teams who played with a low defensive block. Although they were the better team inside the first half, not converting their chances into goals had damaged their confidence in a way. The second half was a different story, with players making errors on a constant basis and allowed Burnley to convert those errors into goals.

Southampton have had the worst possible start to the season, proving that there are a lot of things that still need to be fixed. But there were times that the players have shown glimpses of positives and they want to build on that. We are still in the early days and problems being shown in matches is normal. It’s now up to Hasenhüttl and his team to find a solution to this and recover the team to their best before they welcome Liverpool to St Mary’s.