The 22-year old winger has featured seven times for the Saints this season, having been recalled from his loan spell with Reading in January.

The former England youth international has burst back onto the first-team scene in recent weeks, with Hasenhuttl having labelled him the biggest surprise during his time in charge of the club. 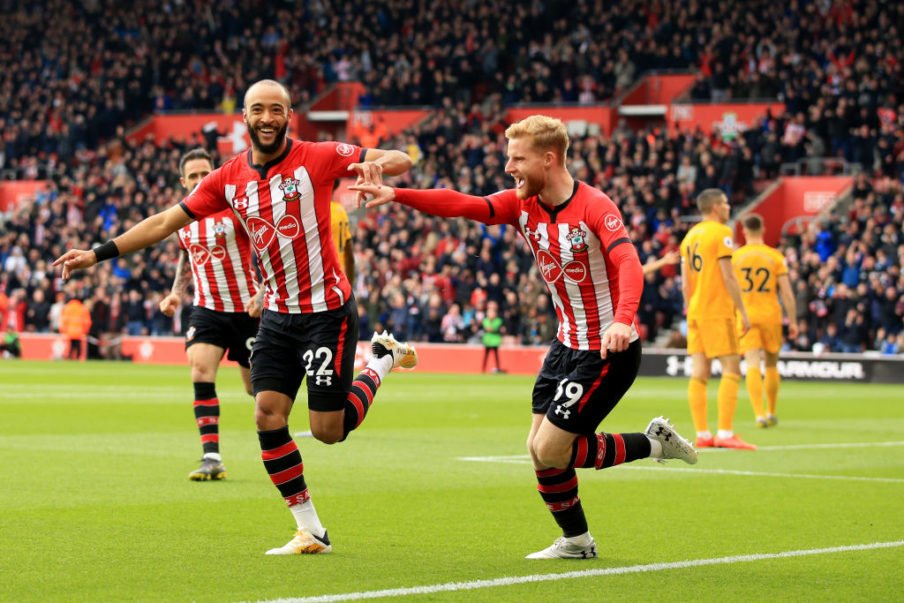 Speaking ahead of Southampton’s trip to Newcastle this weekend, as reported by the club’s official website, Hasenhuttl explained how Sims has fired himself ahead of senior pros in the pecking order. Hasenhuttl said:

I think this is maybe the biggest surprise so far since I’m here.

This guy is really from zero to hero I think in a very short time. He was walking through an interesting time here, was on loan, came back and at first I didn’t know how to use him, how to handle him.

I saw a little bit of quality, but I did not know what is the best position for him, what are his biggest strengths and then you could see he has the quality of these deep runs and if you need this way of playing football he can be important for you.

Then, suddenly, a very good training session in front of the Tottenham game and then thinking about maybe for substitutes to give him a chance on the bench, brought him on at half-time and he had a fantastic second half and was the key why we turned the table on this game.

Now, that’s how it works in football. If you put something positive in the mind of the manager the chances rise that you play from the beginning.

Last time he had the first chance to play from the beginning and he grabbed his chance with both hands.

That makes it very difficult for Stuie because he’s also training very well at the moment, and for Moi the same. We have a few number tens now and he’s in front of them.

I think that shows what is possible in football and how quick things are changing. That’s a good signal for everybody that the manager is looking at the quality in the training sessions and then if you get the chance you have to grab it.”