When he burst onto the scene at St Mary’s Stadium, Jake Hesketh appeared to be a player who had a massively exciting future at Southampton.

Diminutive, tricky and exceptional in tight spaces, the young playmaker promised so much. His displays at youth level for the club scarcely flattered to deceive, and his creativity and intelligence so often prevailed.

On Wednesday, however, a birthday represented a stark reminder to Southampton that despite these years and years of promise, Hesketh still has not yet made his mark at the club.

He turned 23-years-old earlier on this week, three years older than fellow academy graduates Yan Valery and Callum Slattery, and five older than Michael Obafemi, all of whom have featured with regularity under Ralph Hasenhuttl this season. 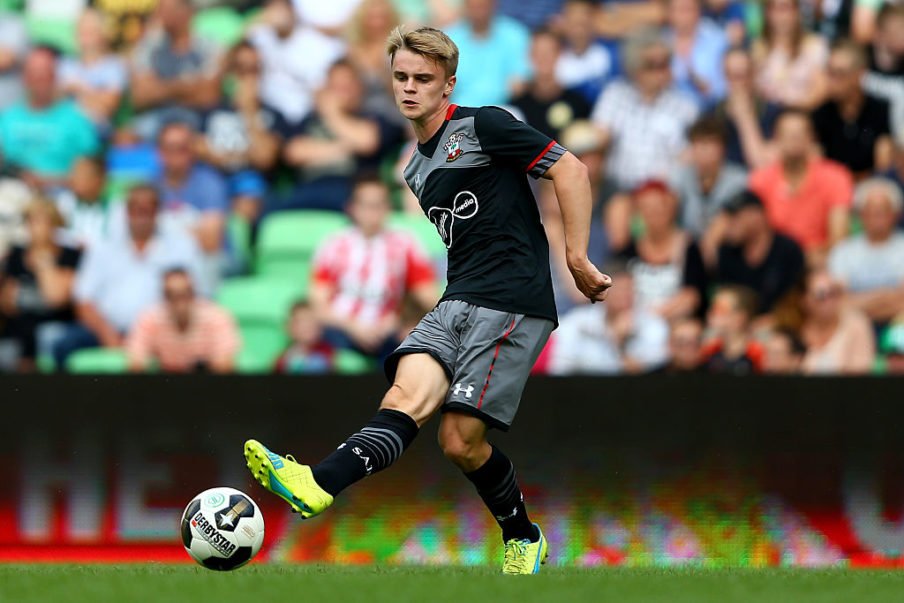 Instead, Hesketh is currently out on loan, playing football in League Two with MK Dons, despite showing mightily impressive signs during his temporary stay with League One club Burton Albion in the first half of the season.

Over five years ago, Southampton’s Under-18 side dismantled Portsmouth Under-18s with a 7-0 thrashing. It was a rampant performance from a team featuring the likes of Matt Targett, Josh Sims and Sam Gallagher, but it was the number 10 who truly stood out.

Gliding between challenges and pickpocketing the unknowing Pompey defenders, Hesketh wreaked havoc amongst his opponents’ defenders, disorganising them with his movement and, in turn, catching the eyes of the viewing Southampton fans.

He deftly swept the ball home in the first half with a clever outside-footed clip beyond Alex Bass in the Portsmouth net, but his second of the evening reflected the technical expertise and promise that Hesketh once had, and perhaps has, to boast.

As a loose ball presented itself between the defensive lines, Hesketh almost seamlessly lifted the ball over Jack Whatmough’s head before letting the ball drop onto his chest, setting him up for an expertly-taken half-volley.

It is rather staggering to observe that, after displaying this degree of potential throughout his development at Southampton, he has made just four senior appearances for the club, and is now playing in the fourth tier of English football. 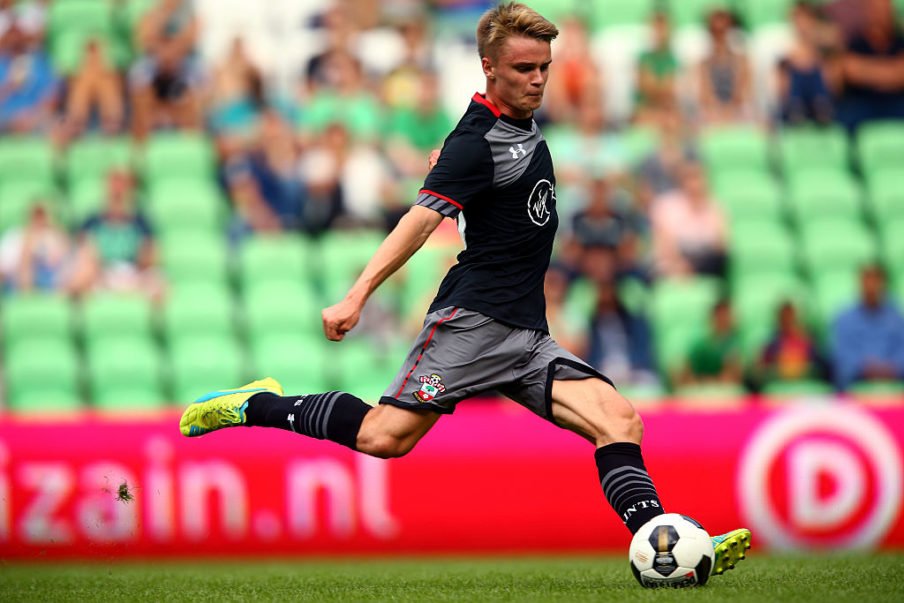 Numerous supporters have waxed lyrical about the qualities of the creative midfielder over several years now, and continue to do so. If the question was about Southampton’s most promising young player, the answer so frequently would be Hesketh.

When the 23-year-old’s half-season loan deal at Burton Albion came to a close, partially because of an injury he had sustained, there was something of an assumption that he would either proceed to figure in Hasenhuttl’s plans, head out on loan to a promotion-chasing League One side, or arrive for his first ventures in the Championship.

Instead, a truly peculiar switch was confirmed, as Hesketh was forced to take the step down from the third tier to play in the fourth, despite standing out as a talisman for the Brewers.

Within 44 days, Hesketh had gone from sending Burton to the semi-finals of the Carabao Cup after scoring the winning goal away at Championship side Middlesbrough, to arriving at MK Dons on the final day of the January transfer window to play League Two football.

It’s come as no surprise to see the academy graduate flourish with his new side; after all, he was exceptional in the division above, so why wouldn’t he excel at a lesser standard?

Hesketh has done what he has always done best; score superb goals from distance with both feet, thread threatening passes between defenders and display the panache that Southampton fans once relished seeing in the club’s senior side in the future.

Of course, there is an enormous difference between producing this level of ability on the League Two stage compared to that of the Premier League, but it’s not as though Hesketh has seldom shown his capabilities when afforded the irregular chances to play for Southampton’s first team.

Claude Puel, for all his flaws, recognised the talent that the midfielder boasted during his sole season at the club. He handed him his first ever start in the team’s 2-0 EFL Cup third-round clash against Crystal Palace at St Mary’s Stadium. 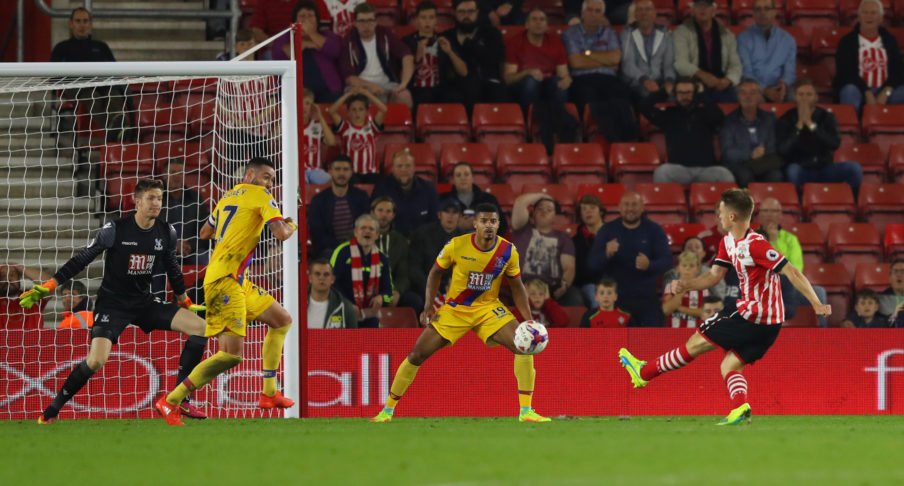 Needless to say, Hesketh stole the show. He was a nuisance throughout the night, displayed composure on the ball and picked apart the Eagles with his artful movement and positional awareness. Not to mention, he followed in superbly to net his side’s second of the night; when the game fell dead, the youngster was alive to capitalise on a golden chance.

None of this was a surprise, as such – Hesketh had been doing this for years in Southampton’s youth sides. What it had appeared to be, and what it should indeed have been, however, was a watershed moment in his career.

Puel did give him another chance to impress but in quite impossible circumstances. He started in the 0-0 draw away at Israeli side Hapoel Be’er Sheva in the Europa League group stages and was hooked off in the first half.

Hesketh didn’t appear to handle the occasion and was targeted by the Hapoel players, whose rather robust tactics manifested to stymie the threat that Southampton’s creators posed. It wasn’t as though any of the other more esteemed, senior Saints players coped any better, mind…

Since then, Hesketh has not been seen in a competitive first-team match for the club. After his struggles in Israel, Puel made the same mistake that Mauricio Pellegrino and Mark Hughes proceeded to, and swept aside the midfielder like he was no longer fit for purpose. 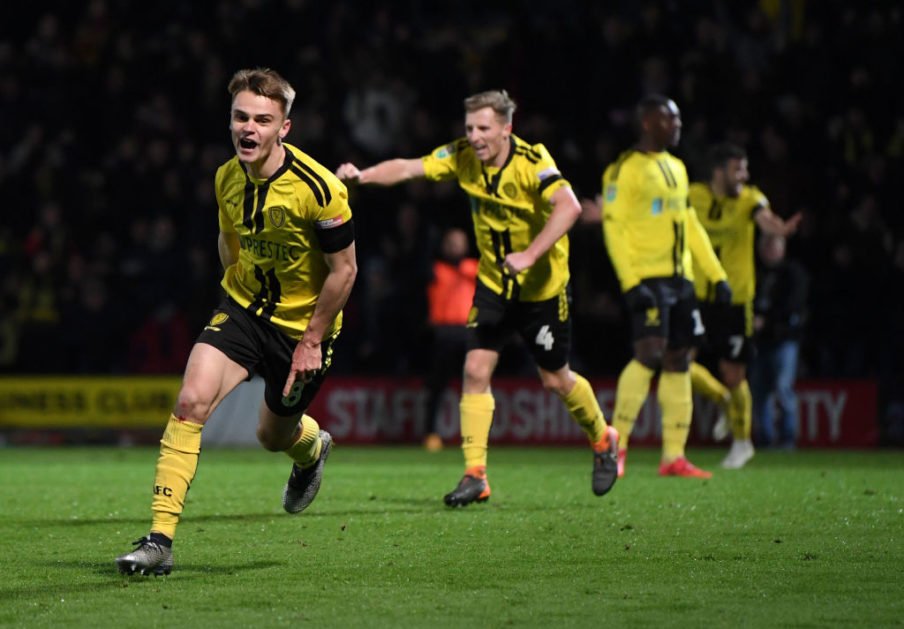 The reality is far different. He may be 23 now, he may have failed to fulfil his once-great potential at this moment in time, but Hesketh remains a hugely gifted footballer and has all the tools required to thrive, particularly under a manager such as Hasenhuttl. He is simply too talented to go to waste.

He plays with his head up, takes risks in the final third and boasts tactical and positional intelligence far beyond his years. He should still be considered among the club’s most exciting academy graduates, as he has shown on countless occasions for the Under-23 side that he can be a difference-maker.

The summer transfer window is crucial for Southampton and crucial for the player. He is now at the age where he must regularly play football, and if the club are not careful, he could merely become a name associated with ‘what ifs’ when his time at St Mary’s draws to its seemingly inevitable conclusion.

He’s worth hanging on to, and his patience over the years deserves to be rewarded. With the pathway from the youth setup to the first team now clear at Southampton once again, they mustn’t allow Hesketh to seek pastures new as the one who got away.