The 26-year-old finds himself out of contract at Parkhead next summer, offering Southampton the chance to swoop in a cut-price deal that would avoid Celtic losing him for free in 2022.

The Saints target is capable of playing on either flank or through the middle of the park in an advanced playmaking role.

Hailing progress made on his physical attributes and hard-working acumen for the rigours of intense football, McLeish commented on the impact of Christie’s improvements.

“Christie has improved absolutely brilliantly since the summer I took the Scotland boys to Mexico and Peru. The word is he went into the gym.

“Playing against the Mexicans and the Peruvians, they’re so strong with core strength. Maybe he thought: ‘Oof, I need to get a wee bit stronger.’

“He came back like a man possessed that following season. He was in the form of his life, I felt, for a couple of seasons. The game which showed that was his magnificent performance against Israel at Hampden.

“His running off the ball, his support of the front men, his tracking back. He’s the complete package.”

Valued at £6.3 million [Transfermarkt], Southampton will be hoping to secure Christie’s services for a similar fee or lower if club officials opt to actualise their interest.

A 19-cap established international, McLeish has seen first-hand just how impactful and well-rounded Christie can be.

Although an offensive utility option – he contributed 10 goals and 4 assists in just 29 Premiership outings – his defensive work rate will catch the eye of Saints fans.

Ralph Hasenhuttl’s preferred high-intensity 4-2-2-2 system makes extensive use of the midfield and wingers to both press and track back to defend as a team – an approach that suits Christie’s physicality and defensive robustness superbly.

Christie has averaged a 7.33 WhoScored rating this season – a score that would have been higher than any Southampton player were such form to translate to the Premier League.

For Christie to be viewed as ‘the complete package’ is far from unjustified – and there is cause for excitement over a potential deal.

Should Christie be signed? 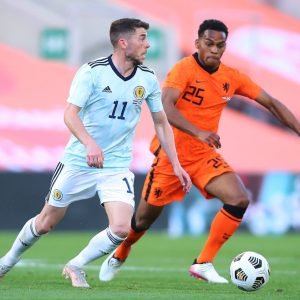 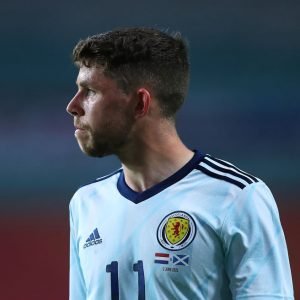