A number of Southampton fans were frustrated with the performance of Theo Walcott during the Saints’ 3-1 defeat against Arsenal at St Mary’s on Tuesday night.

Ralph Hasenhuttl’s side were looking to emulate their 1-0 win against the Gunners in the FA Cup fourth round at St Mary’s on Saturday, but they were unable to produce the same level of performance last night. Arsenal had kept some of their players fresh for the league meeting and that ultimately proved to be the difference as the Saints fell to a second successive league defeat.

One player who endured a challenging night was Walcott, who was hoping that he could score against his former club as he did in the meeting at the Emirates Stadium last month. However, on this occasion, the 31-year-old’s finishing abilities and decision-making in the final third were consistently lacking, which prevented him taking advantage of getting into some dangerous positions.

Walcott has been an impressive performer since he made the return to St Mary’s last year, but this was a frustrating evening for him. He failed to record a successful dribble and was also guilty of giving away the ball on nine occasions (Sofascore).

Southampton needed more from him in the final third to get something from the game and he was the only one of their four attacking players not to record a key pass. Also, his meagre total of 13 successful passes was the second lowest of the Saints’ starting XI (Sofascore).

Many Southampton fans were left annoyed by Walcott’s poor decision-making and his inability to make the most of the chances which fell his way. There were even a couple of suggestions that he might need to be rested by Hasenhuttl with Nathan Redmond back fit.

Hate to say it but Walcott has been dreadful tonight.

Nothing working for him, get Redmond or Watts on. #Saintsfc

Walcott has been awful tonight, his first touch, his decision making has been puke. Time for a change #saintsfc

Walcott has been dreadful tonight. #SaintsFC

Feels like a run of games now where Walcott has lacked the quality to make the most of a good situation. Perpetually wasteful. Hate to say it but he’s just not as good as I wish he was. Give Redmond the position now he’s fit again. #saintsfc

For someone as experienced as Theo Walcott is at premier league level his decision making leaves a lot to be desired. #SaintsFC

Walcott having a shocker.

Walcott has been awful today, Ings not much better. Not good enough with makeshift side. Big players have to do more #saintsfc

Would you rest Walcott in the next few games? 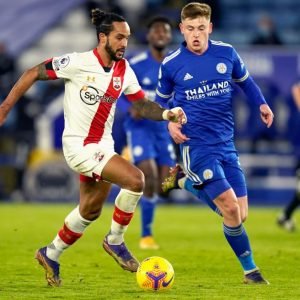 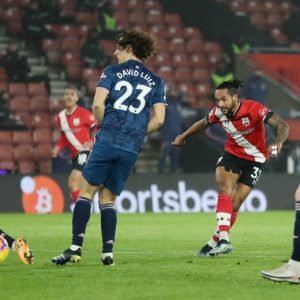