Prior to kick off, many Saints fans could be forgiven for not expecting too much out of their game against Spurs. Sitting in 17th, Spurs sat in third, fans were getting nervous that the Saints may not beat the drop come the end of the season.

The Saints were unchanged from their defeat to United, however exciting youngster Josh Sims came onto the bench and Shane Long also returned and was among the subs. Spurs had brought in Lucas, Danny Rose, Dele Alli, Eric Dier and Kyle Walker-Peters for Son Heung-min, Ben Davies, Toby Alderweireld, Harry Winks and the injured Serge Aurier.

Spurs had come into this game off of the back of a 1-0 win in Germany last Tuesday over Bundesliga high flyers Borussia Dortmund.

The Saints had put in an encouraging performance against Manchester United the weekend before, losing 3-2 to a late Romelu Lukaku goal. If they played anything like they did at Old Trafford in this game, they were very likely to pick something up.

However, the Saints came out a little bit slow with Harry Kane missing a host of chances in the first 10 minutes, firing wide and over when almost in on goal, much to the surprise of many Spurs fans expecting to see him bang in form.

In fact, in the first 20 minutes of the game, Spurs were cutting through Southampton’s defence like a knife through butter. Angus Gunn saved well when Kane was through one-on-one however the flag was afterwards raised. Moments later Kane fizzed a very dangerous ball across the Southampton penalty area, Maya Yoshida slid in to deny the man at the far post only to see the ball crash off his own post. He then just about recovered and cleared.

No more than two minutes later, Spurs won a free kick after Yann Valery dragged down Rose. From 25 yards, Christian Eriksen stepped up and curled the ball around the wall but he saw his effort cannon off the crossbar, with Gunn barely even moving.

Spurs must have been beginning to think that this wasn’t to be their day however in the 26th minute, Alli chipped the ball into Kane at the far post and even with a heavy touch, the England striker managed to get the ball out from under his feet and fire home, into Gunn’s far post. There was a hint of offside however the officials were having none of it and the goal stood. 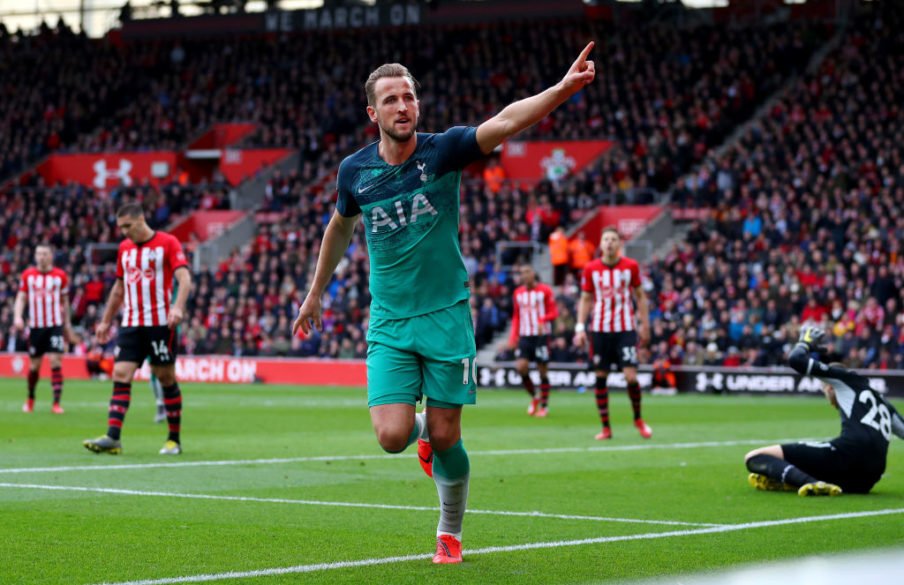 On the half-hour mark, Alli smashed an effort from slightly outside the box and Gunn had to tip it over the bar, simply because of the pure power behind the ball. Just before half time, Eriksen whipped in a great ball and Kane completely lost his marker, however, he was in quite a forgiving mood and the ball flew wide.

At the interval, Ralph Hassenhuttl made two changes for the Saints, Bringing Long and Sims on looking to add pace to a very isolated attack in the first half. A very hard working Austin came off, as did a booked Romeu.

Sims had an instant impact and brought Southampton alive as he quickly flashed a shot at goal that Lloris saved with Shane Long putting the follow up wide. The game quickly became end to end as Kane nutmegged Yoshida and aimed a shot at the bottom corner, however, Gunn got down to his left and made a brilliant save.

The game gradually swayed in Southampton’s favour with Shane Long spotting Redmond in on goal, only to take a couple too many touches when trying to beat his man and eventually scuffing the shot into the side netting.

Saints then had a few more back to back chances, as Hojbjerg nicked the ball on the edge of the box and worked his way into space between the defence but fired over. Quickly afterwards, Sims chased down a Jan Vertonghen clearance and found Redmond in the box, however, he put the ball wide from just six yards. 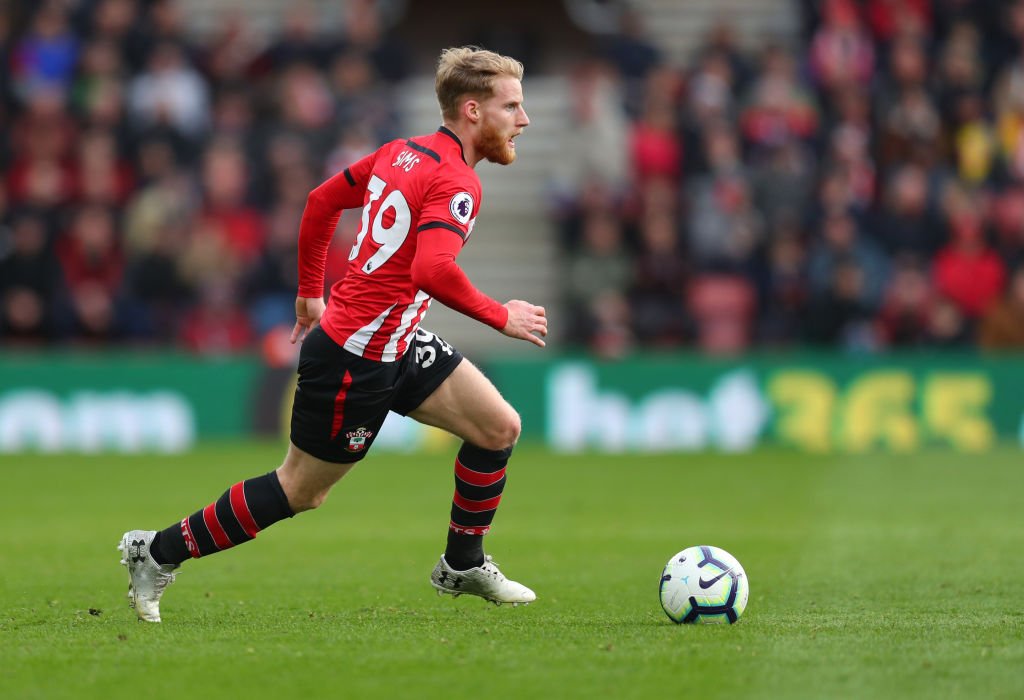 Armstrong then fizzed a ball right across the six-yard box with a number of defenders failing to clear, most notably Rose who let the ball go through his legs, and Valery was waiting to tap the ball home at the far post.

The Saints then took control of the game. The fans were willing to take the point, but the players smelt blood. Sims made another compelling run down the left wing and spotted the run of Armstrong, who had burst forward from his own penalty box to get in. He was hacked down by Walker-Peters when through on goal and the later was incredibly lucky that the card colour shown to him was only yellow.

Many would have thought that was the end of that opportunity. James Ward-Prowse stood over the free kick, he’d scored one from about 25-30 yards at Old Trafford the previous week. There was an air of anticipation, but not quite an expectancy for a repeat performance. However, Ward-Prowse was so confident that he just took four steps back with no bother and curled an absolutely sublime free-kick past Hugo Lloris into the top corner of his goal. 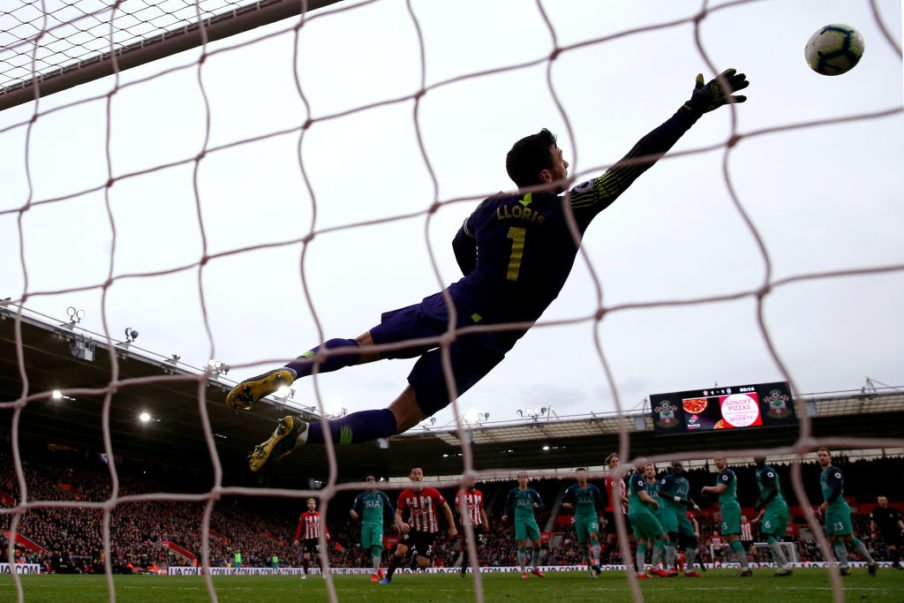 After that, it was a tense final 10 minutes for the Saints. Spurs in truth didn’t really threaten their goal that much. They lofted a lot of balls into the box hoping to take advantage of an aerial weakness that has shown for the Saints this season at times. However, Gunn claimed a couple of crosses assuringly and took the pressure right off of his defence.

The three points for Saints meant that despite Cardiff’s big win against West Ham, they moved up a place to 16th and dragged Burnley back into danger. As for Spurs, it damaged their hopes of a top-four place and qualification into the Champions League next season. 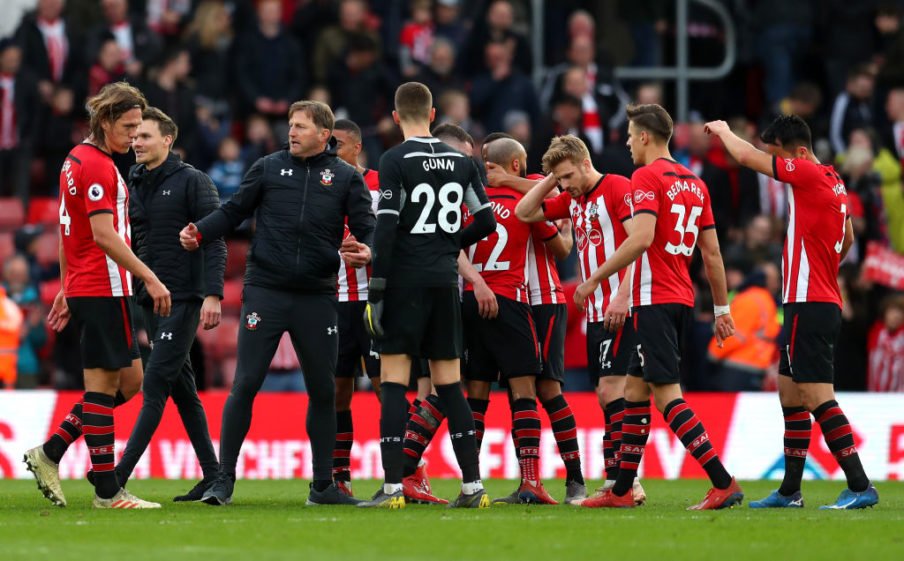