Although Southampton were unable to improve on their 11th-place finish in the 2019/20 season, one consolation has been the emergence of Nathan Tella from the Saints academy.

The right-sided winger, who can also play out on the left and has been deployed as a forward, has burst onto the Premier League stage.

The youngster has managed a goal and an assist in 18 senior Premier League appearances for Ralph Hasenhuttl’s side this season, although he has only featured in 18% of starting XIs and feature in more of a rotational capacity.

In a tumultuous season, the youngster has stamped his mark on his side through his gradual integration into first-team affairs and looked back fondly on his breakout season.

“I’m so happy, so thankful for the club and to the people that have helped me get to where I am today”, reflected youngster as he spoke to Southampton’s official club website.

Tella’s tone of gratitude was mirrored when discussing the figures that have helped him along the way, crediting teammates in all areas of the pitch for providing essential support.

“I just feel like they’ve all given me that confidence to go out on that pitch and show what I can do. They all say I’m here for a reason, I must be doing all the right things.”

Having also made four cup appearances, Tella is slowly adjusting to life with the senior squad and looks to be a youngster enjoying an upwards trajectory on the south coast.

He is part of a proud tradition of academy prospects blossoming out of the Southampton academy – and his rapport with fellow graduate Theo Walcott is a touch of sentimentality that will warm the hearts of ardent Saints fans.

Is Tella a bright prospect at Southampton? 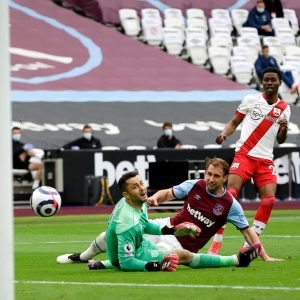 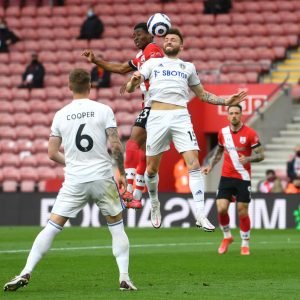