In the wake of Spurs parting ways with manager Jose Mourinho, Owen Hargreaves has told Optus Sport’s Analysis Show that Ralph Hasenhuttl could be an outsider candidate to take up the vacant position.

The Saints boss was name-dropped along with the likes of Julian Nagelsmann of RB Leipzig and Leicester City’s Brendan Rodgers, though Hargreaves did concede that Hasenhuttl is more of a left-field candidate.

The ex-Bayern and Manchester United ace discussed the other two candidates before shifting the spotlight onto the Austrian tactician:

“Nagelsmann would be amazing, he is one of the best young managers in the world,” Hargreaves told the Analysis Show. “But he is proven, he plays brilliant attacking football, creative and inventive.

“He has already been offered the Real Madrid job, he turned it down. He is a Bayern fan and Flick is leaving in the summer. If you’re Spurs, he is the first name on the list. Rodgers would be great but is he going to leave Leicester?

“Maybe Hasenhuttl, somebody along those lines – you can see that. Nagelsmann would be the dream, Brendan is a brilliant shout because he knows the league. Hasenhuttl could be an interesting one as well.”

Although the Saints have been bedevilled by injury this season and find themselves in a scrap to avoid mid-table mediocrity, there is plenty to be admired in Hasenhuttl.

The 53-year-old has averaged 1.3 points per game this season and boasts a win percentage this season of 37.84% – in spite of a depleted squad across the campaign.

He had the Saints in the top four in the opening stages of the season and has shown glimpses of an elite calibre of managerial acumen.

One analytical report even suggests that Hasenhuttl would be the most likely candidate of the trio mentioned to take the Spurs job, and many Saints fans will nervously hope that formal interest does not materialise.

Will the Saints be able to keep Hasenhuttl? 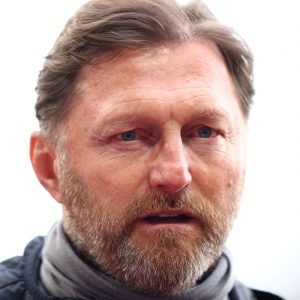 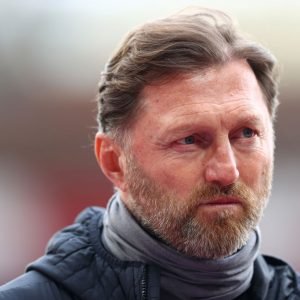