The Saints academy product has gone from strength to strength for Southampton and is entrenched as a regular in Ralph Hasenhuttl’s plans on the south coast.

His fine form has seen him manage to add 7 goals and 5 assists to his name this season, but that hasn’t prevented Hoddle from raising fitness concerns.

Writing in his column in the Evening Standard, Hoddle was quizzed about England’s midfield pivots without the presence of Liverpool’s Jordan Henderson and talked up Ward-Prowse’s abilities, before discussing his fears about his fitness.

“I have liked what I have seen from Declan Rice and Kalvin Phillips. I think there is a nice balance there and I think Gareth might start those two against Poland to see how they cope with having to defend a little bit more.

“You could have Rice with James Ward-Prowse. I worry for Ward-Prowse a little bit that he has not missed a game for Southampton for a ridiculous amount of time, and never misses a minute because he never gets taken off.

“I think he is a really good player I just worry that he is in danger of getting an injury. He looks fatigued. He looks like he needs a bit of a rest but he will probably not get that at Southampton.”

Amid a torrential downpour of fixtures for club and country, a need for rest is sure to arise.

Admittedly, Ward-Prowse’s goalscoring antics tell a different tale of a man showing no signs of slowing his prolific form down.

Hoddle may have some sense in urging caution with the midfielder, but fans will hope to see as much of their star man as possible until the end of the season.

Does Ward-Prowse need a rest? 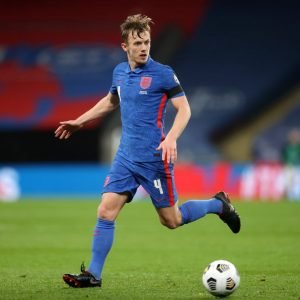 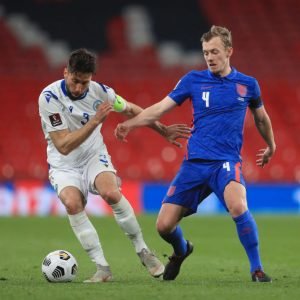