Barcelona forward Paco Alcacer wants to leave the Spanish giants in search of more first team action, which has alerted Premier League side Southampton who are interested in signing him in January to solve their goalscoring problems, talkSPORT have reported.

The striker joined the Catalan club last summer for £26m but has failed to live up to his price by only scoring six times in the La Liga last season and could be available for a bargain fee.

The 24-year-old has become increasingly frustrated with being a substitute and wants to be a starting striker. He reportedly doesn’t mind leaving the Nou Camp in January to ensure this. 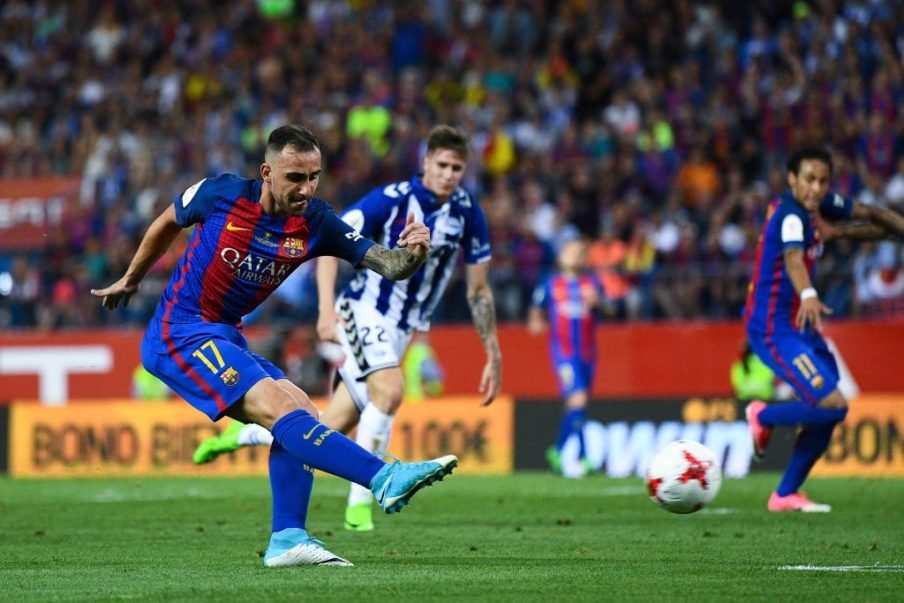 Southampton are one of a number of clubs who have been alerted to the possibility of signing Alcacer, with fellow Premier League club Crystal Palace also interested.

The Saints are claimed to have been interested in signing the ex-Valencia striker in the summer but are now plotting a January move for the forward, with the player eager to secure a move away from the La Liga leaders.

Southampton have found it difficult to find the back of the net and have only netted four times in the Premier League this season.

Three of those goals came in one game and goalscoring has become a real concern for some fans.