James Ward-Prowse racked up his 100th appearance for Southampton in their famous 3-1 victory over Chelsea this weekend, at the age of just 20 years old, making him the fourth youngest player in Southampton academy history to reach that mark.

The promising English midfielder has been a figure in Southampton’s side for the last 3 years they have been in the Premier League, moving from strength to strength since his debut for the club. Throughout the years he’s been a part of the squad, Ward-Prowse has been noticed for his good work and steady progression by changing England youth managers, as he has featured at international level for the U17’S, U19’S, captaining the U20’S and now captaining the Under-21’s, managed by Gareth Southgate. 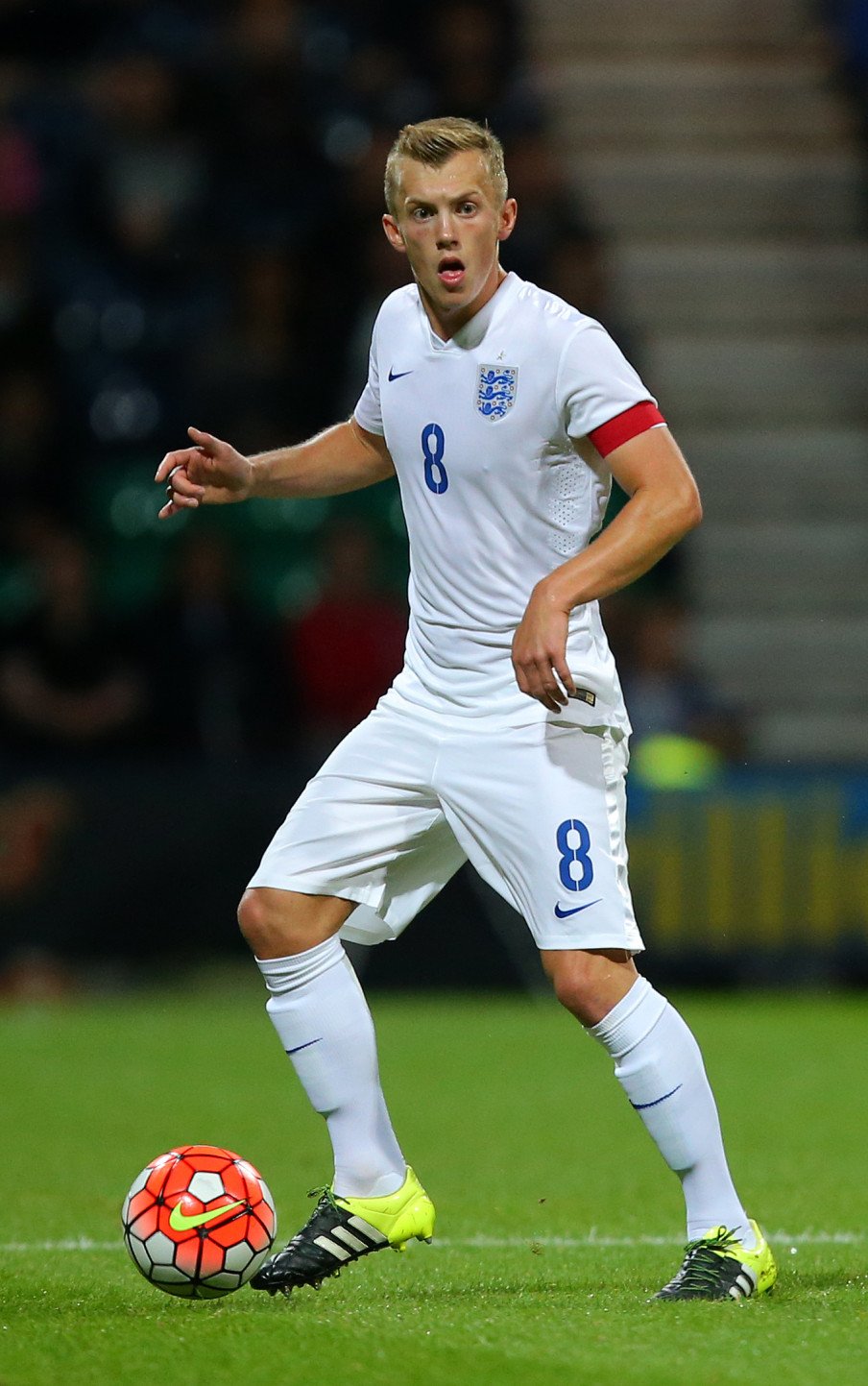 Ward-Prowse has been famously renowned for his pin-point delivery from corners and free-kicks, and is often likened to David Beckham in his technique; whether he gets to Becks’ standard, we can only hope. Prowse has scored just one goal for Southampton, from the penalty spot, but has scored an impressive 4 goals for the England under 21’s so far, including a huge winner against Germany. If the young midfielder can continue to progress and maybe add some goals to his game, there is no doubt that he can break into the England side this season, and potentially cement a place in Southampton’s first team.

Although Ward-Prowse’s goalscoring record hasn’t exactly set the world alight, there is no real rush for him to worry about finding the net while he’s playing as well as he is. This season so far, he has made a steady start, including excellent performances against Midtjylland in the Europa League at home, as well as Norwich and most recently Chelsea in the Premier League. His passing range has been particularly impressive as whenever called upon this season, Prowse has been able to dictate the tempo of the matches and has been confident on the ball. 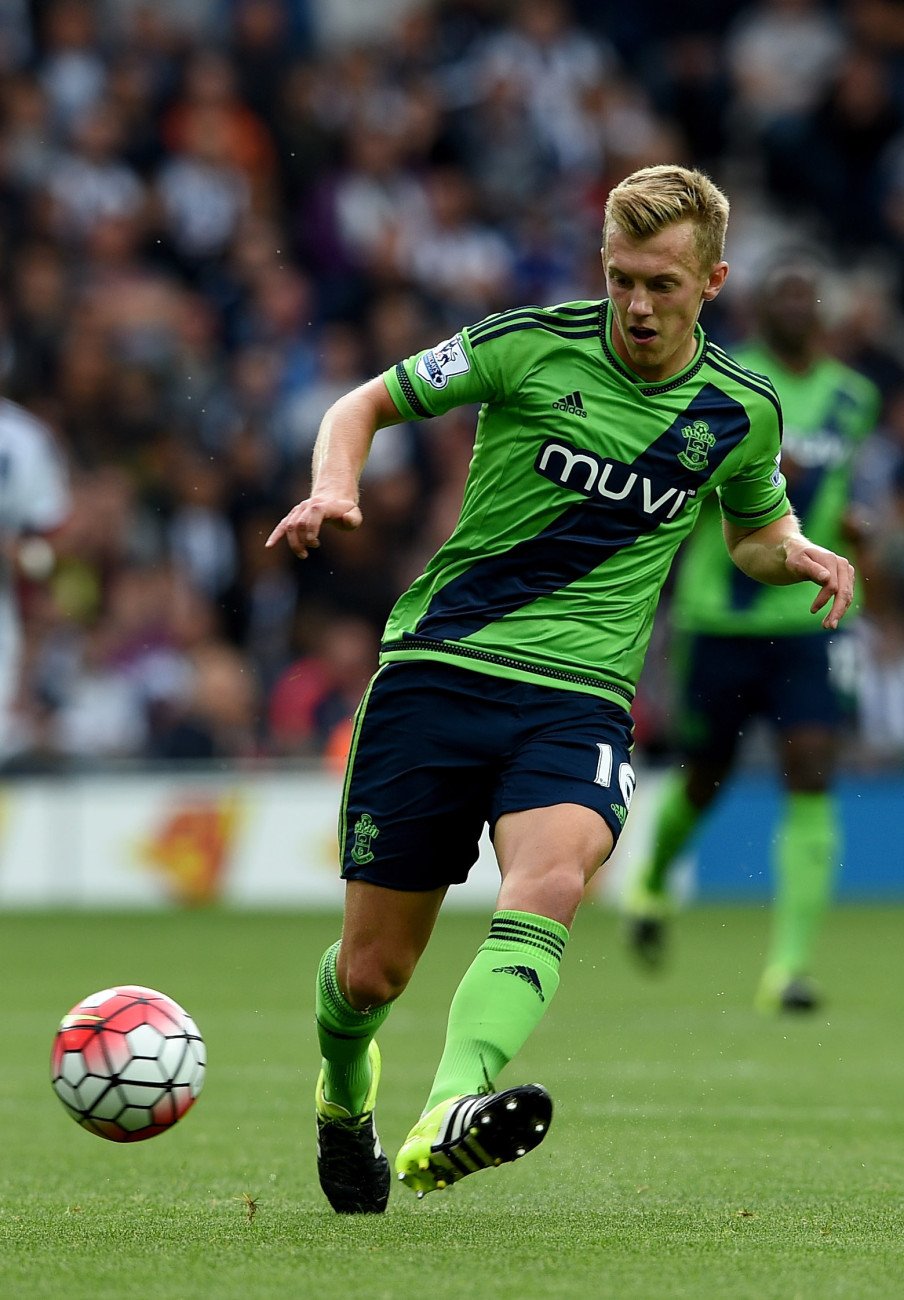 Last season, despite making just 25 appearances; mostly from the bench, Ward Prowse bagged 6 assists. The young midfielder has already got one this season, and has been featuring far more than he did last season due to his constant progress and development under manager Ronald Koeman. With this new found confidence and run of games Ward-Prowse is getting under his belt, good things can only come of it, for the player and Southampton themselves, who will reap the rewards of yet another promising academy product as he grows into a key player. Another interesting stat regarding the Englishman, is that from the 7 Premier League appearances he has made, his pass completion rate is 86%, and he has already created 9 chances; albeit mostly from set pieces. This impressive stat based on his passing is only set to improve as Ward-Prowse learns more, and gains more and more playing time for Southampton.

On a personal level, James Ward-Prowse will most likely be hoping to simply push on and improve from last season. One main target for the youngster will be to break into Roy Hodgson’s plans amongst the England set up. If Ward-Prowse can add some more goals to his game, continue his good performances and be consistently staking his claim to international football, there is no reason why he will not be able to pull on an England shirt this season at senior level.

One problem that Southampton may face regarding Ward-Prowse, however, is keeping hold of him. It was only last season that he signed a new five-year contract with the club, however The Saints and their supporters know that money talks, and that when big clubs come sniffing, contracts can be a pretty irrelevant matter. There was reported interest from Manchester City and Tottenham in the summer, however it was clear that Southampton were not going to take part in any negotiations regarding the midfielder and rightly so.

This season is going to be absolutely vital for Ward-Prowse to perform when necessary and to impress Koeman at any given opportunity, due to the influx of midfielders in the summer. Oriol Romeu was signed, as well as the returning Jordy Clasie, meaning that Southampton now have 6 midfielders pressing for a place in the team. Victor Wanyama’s place is all but guaranteed, Romeu and Clasie will look to push on for a starting place, and the remaining Harrison Reed, Steven Davis and of course, James Ward-Prowse will all be looking to find their way into the mix this season.

Campaign’s don’t really come bigger than this for Ward-Prowse to prove just how good he is and give us a taste of things to come, as the competition in the squad is huge, but Ward-Prowse has enough confidence and ability to find his way into the starting eleven and to become a key figure for Southampton for years to come.